Mental Health: What to look for…

Basics of Mental Health: What To Look For
By: Pamella B. Divinity M.Ed., LPC-S, NCC 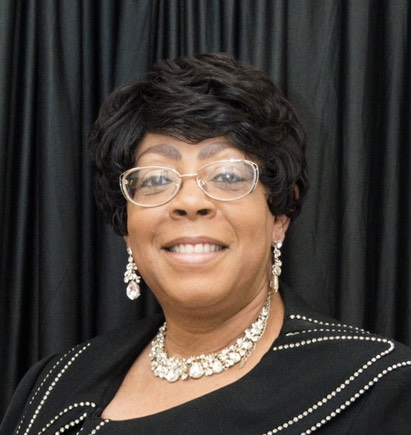 Just What Is Mental Health Anyway?

Mental health is the overall wellness of how you think, regulate your feelings and behave. Sometimes, people experience a significant disturbance in this mental functioning. Thus, a mental disorder may be present when patterns or changes in thinking, feeling or behaving cause distress or disrupt a person’s ability to function.

When patterns of thinking become what is sometimes characterized as ‘irrational’, ‘negative’ or ‘distorted’ they can cause significant mental distress. When thinking patterns fall into these categories, it can cause an individual to see self, others, and overall worldviews in an irrational, negative or distorted manner. As a result, individuals may also experience a decreased capacity to cope with life’s challenges, experience difficulty developing and maintaining healthy relationships, experience an inability to communicate effectively, lack emotional intelligence, and experience an increased likelihood of developing mental health issues such as anxiety, depression, PTSD, eating disorders, schizophrenia, OCD, and various personality disorders (bipolar, borderline personality disorder etc.)

One of the most evidenced-based treatments used to address these various thinking patterns is a therapy known as CBT (Cognitive Behavioral Therapy). Its basic underpinnings address how an individual’s thinking affects their behavior. I like to call it, exploring our ‘thinking, feeling, and doing.” These three primary components are always inter-connected and affect one another. In essence, changing our ‘thoughts” will change how we feel and behave. The types of thoughts we aim to change are often referred to as “cognitive distortions.” We all have them, but to varying degrees. Thus, they must first be identified so that an individual can learn the necessary strategies and interventions to challenge or counter these harmful patterns of thinking. The following link references what is called the “Cognitive Triangle” and further explains how one’s thoughts, emotions, and behaviors interact.

Factors That Can Cause a Shift in Thinking Patterns

Additionally, lifestyle factors including work, diet, and lack of sleep can all affect one’s mental health.

The subject of Mental Health has been plagued with negative stereotypes for a very long time, dating back as early as the 5th Century. This is especially true when it comes to people of color. According to the Surgeon General’s report on Mental Illness, “stigma” has been identified as the chief obstacle to receiving satisfactory mental health services, particularly among racial and ethnic and minority populations (USDHHS, 1999, 2001).

Research shows that the primary reason for “stigma” development, both ‘public’ and ‘self’—is ‘knowledge’– lack of knowledge and misinformation.

The question then becomes, how do we acquire knowledge about mental illness? There are three predominating sources—media, societal myths, and taboos about psychological problems and disorders. These factors typically result in individuals feeling embarrassed about, ashamed of, and uncomfortable with, their mental health diagnosis.

Media such as movies, TV programs about killers and violent people with mental illness unfortunately reinforces this stigmatization of mental health. The media can oftentimes sensationalize tragedies perpetrated by people with severe mental illness.

However, it is extremely important to understand that the most common mental health problems have no significant link to violent behavior. The relation between people living with a mental health problem and those who commit violent crimes is extremely small. There are many reasons an individual might commit a violent crime. For example, a person who is engaging in drug and alcohol misuse is far more likely to be the cause of violent behavior. Nevertheless, many people are still apprehensive about discussing they’re feelings, or seeking help because of the fear and stigma of being seen as dangerous or crazy.

Therefore, it is important to keep in mind that it is common when an individual is experiencing difficult thoughts, feelings, and behaviors that are negatively affecting their mental well-being, and is extremely unlikely to mean they may harm another person.

In the most recent mass school shooting in Ulvalde, Texas, at the Robb Elementary School, where 19 students and 2 teachers tragically lost their lives, the shooter, 18 year old Salvador Ramos was described as a “bullied loner” with little if any social life. According to reports, “A former classmate of the gunman said, Ramos would get severely bullied and made fun of a lot” and was taunted by others for the clothes that he wore and his family’s financial situation. “People would like actually call him school shooter and stuff like that”, he said.

Bullying can have both long and short-term effects for both a person who is being bullied and the person doing the bullying. Often those who have been bullied, become the perpetrators of it.

Learning How Diagnosis’ Are Made

Mental diagnosis can be determined by Medical Doctors, Psychologists, Psychiatrists, Licensed Professional Counselors, and Licensed Clinical Social Workers. There are 3 primary areas that are considered when making a diagnosis. They include:

These 3 factors are often referred to as FIDs (frequency, intensity, and duration).

The diagnosis process typically includes a line of questioning relative to one’s mood, thoughts and behaviors – sometimes by using questionnaires or forms sometimes referred to as intakes, and/or psychosocial histories. The interviewer will base an individual’s diagnosis on what they describe. For example, if you tell your interviewer you’ve been experiencing low mood, low energy and a lack of interest in usual activities for more than two weeks, they may give you a diagnosis of depression. However, if your symptoms change you might find you are given different diagnoses over time.

Having a diagnosis does not necessarily mean that you currently do not possess a good mental health status. An individual could have a diagnosis of a mental health problem but, at the moment, be able to manage it and function well at work and at home. Equally, an individual might not have a particular diagnosis, but still find things very difficult to manage. Everyone’s experience is different and can change at different times.

Warning Signs to Look Out For

Sometimes it is difficult to determine what can be characterized as ‘normal’ vs. ‘abnormal’ signs of a mental illness. Various mental illnesses can come with a very unique set of criteria, however, some signs can include:

Regarding mental health conditions that can develop in young children, it is extremely important to know what to look for. In most cases, young children are still learning how to identify and talk about their thoughts and emotions. As a result, their most obvious symptoms manifest through their behaviors. Symptoms in children may include the following:

Finding Help: When To Get It And Where To Go